Some students of mine are enrolled in a subject named “Multimedia Project”. It is a group project where students setup their own small “company” for two semesters and complete a project for a “real” client. Some have asked for an example of a minutes document which should be created after each business meeting. And pdf document can be found here. 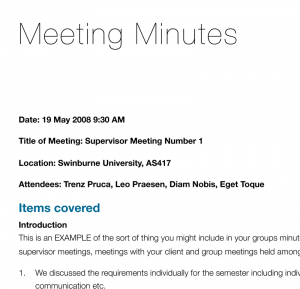 Many organisations will have official templates and methods of writing up their minutes documents, however with most smaller organisations, the syntax is generally pretty flexible. Spending a few minutes creating an attractive template means a more usable document and one that looks more professional to your client.

Here are a few points to keep in mind when writing up your meeting minutes:

When should meeting minutes be written?
Ideally, whenever there is a meeting. Meetings amongst team members can often be informal and in those cases meeting minutes don’t need to be formally kept, but even jotting down some notes is always a good idea. Formal group meetings benefit from minutes being taken. Meetings with supervisors and clients should always have minutes taken.

What about phone conversations?
While these aren’t formal meetings, it’s always good practise to write some minutes after a phone conversation. This document should then be forwarded to the client along with an email to the effect of “following up from our recent phone conversation, can you please confirm the following points of discussion.” Doing this ensure that everyone is on the same page, and there is a paper trail if the client changes their mind about something that was said at a later time. Again, a formal minutes document may not be necessary for a short phone conversation, but a quick email to follow up and confirm in writing is generally worth while.

Why should minutes be kept?
Having a set of minutes from a meeting ensures that everyone is clear with what was discussed at a meeting and what outcomes were reached. It saves the issue of people forgetting, or misconstruing things later.

How much detail should be included?
It is not the aim to write down every word that was uttered at the meeting. The minutes should give a clear overview of what was discussed, and it should be written in a way that can be followed by someone who was not in attendance.

Who should receive a copy of the meeting minutes?
At the very least, everyone who attended the meeting and any other relevant parties. It is important that everyone involved gets a copy so that everyone has the same information moving forward. It means that responsibilities are clear and binding. Minutes should be transcribed and distributed as soon as possible after the meeting has taken place so information is still fresh in peoples minds.

What are “action items”?
While not always included, action items are a valuable addition to a minutes document. Action items are things that will be done before the next meeting (or a set date). Action items give everyone a clear guide as to what should be worked on in the immediate future. It’s often a good idea to add who will be responsible for each action item. (see attached pdf document above for examples)

If the aforementioned items are included, you should end up with a thorough set of minutes. Again, the main purpose of the document is to make it clear for all involved what has been discussed at a meeting, and what has been decided moving forward. Any additions or modifications to the above to aid this would be fine. 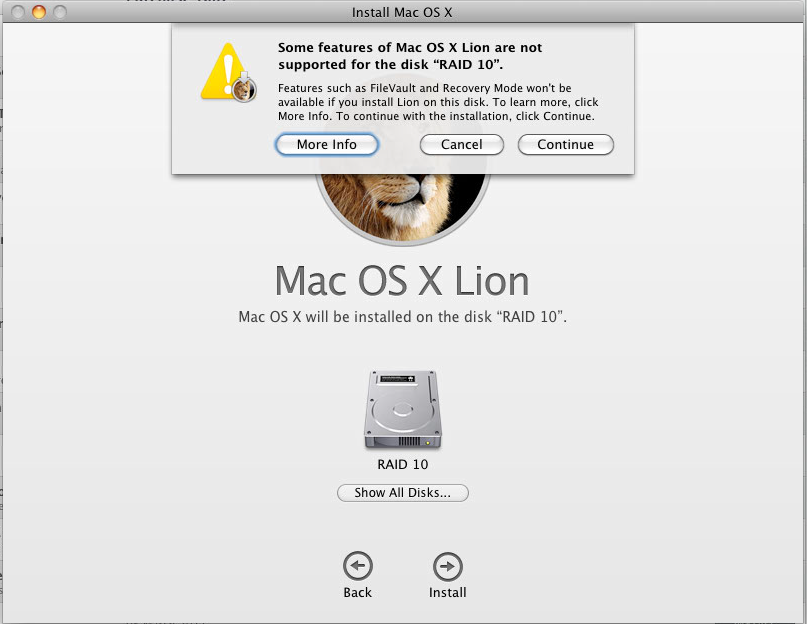 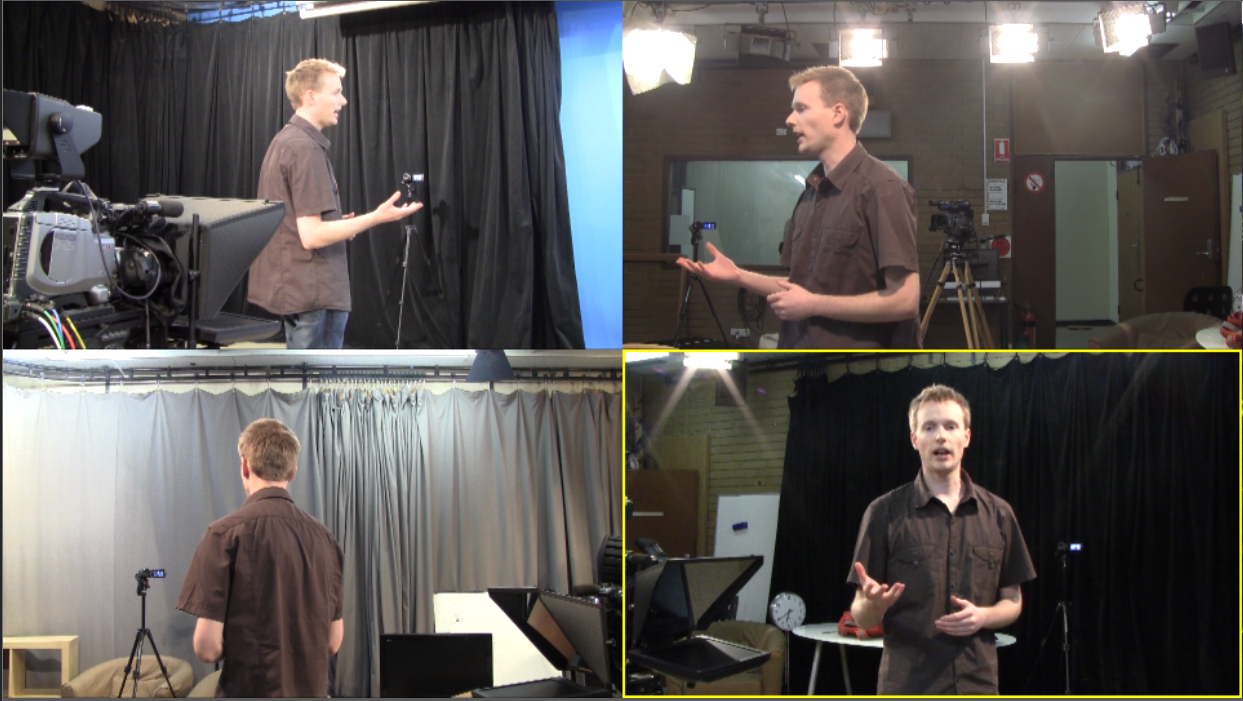